Influential Tostan Social Mobilization Agents Imam Demba Diawara of Keur Simbara, Ouréye Sall of N’gerigne Bambara and Doussou Konaté of Same N’diaye gave speeches on the important work of Tostan staff members. At the end of the ceremony, the attendees gathered for a group photograph and partook in delicious pastries and local juices provided by the CCDD. The celebration, one of many to come, was a great success.

View the pictures from the celebration below: 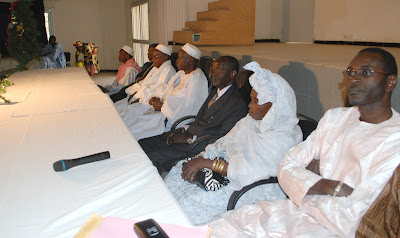 In Thiès, Senegal, Tostan team members gathered for a special ceremony held in honor of several individuals who recently retired after years of service with Tostan. 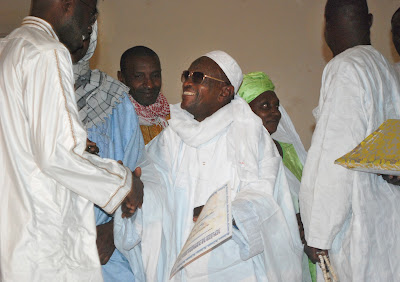 Kaaw Idy Sow, former guard at the Tostan office in Thiès, receives his certificate with a smile. Mr. Sow, 65, has worked at Tostan since 1991. He explained that Tostan was not a job to him but a family, and the office felt like his home. He thanked God for having been able to work until the age of 65 without any mistakes on the job. When asked what he would do with his newly acquired free time, Mr. Sow explained that he would continue to come to the office to visit his friends. 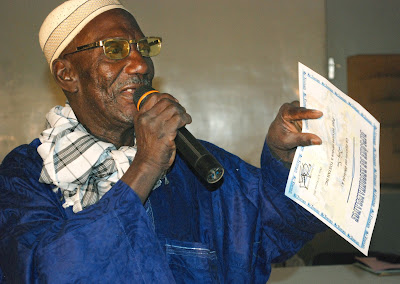 Djiby Sow, a retiree and former driver for Tostan Thiès, gives a speech after receiving an honorary certificate. 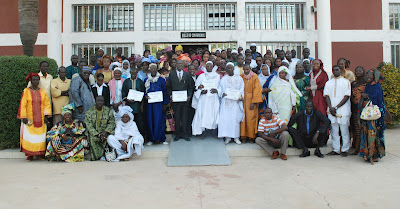 All participants of the retirement ceremony gather for a Tostan family photo outside the CCDD.