Show your support for Gender Equality by becoming a Global Citizen! 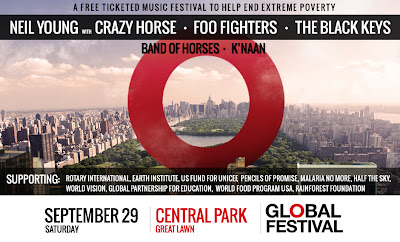 Throughout the month of September, Tostan will be supporting the Global Festival and the Global Citizen campaign in partnership with Half the Sky. We will collaborate with amazing organizations around the world to raise awareness about the Millennium Development Goals (MDGs) in the movement to end extreme poverty.

As a member of the Half the Sky coalition, Tostan will focus primarily on raising awareness about Millennium Development Goal 3, Promote Gender Equality and Empower Women. We will feature photo essays, videos, portraits, and articles all relating to gender equality on our blog and on the Global Citizen website. Also make sure you follow our social media channels (Twitter, Facebook, Flickr, Youtube) for links to amazing stories about female leaders and community-led development in West and East Africa.

You can read more about Tostan’s work on all the MDGs here.

The Global Festival is a concert being held in New York City on September 29, 2012 hosted by the Global Poverty Project. It will bring together artists and change-makers to end extreme poverty and is taking place the same week that world leaders gather in New York City for the UN General Assembly.

At the concert, Tostan will be among a number of other organizations that will announce a new commitment to raise funds to help end extreme poverty. The exact announcements will remain secret until the day of the concert, but you can find out more about the concert and how to attend below!

Become a Global Citizen and attend the Global Festival

Becoming a Global Citizen is also a great way to spread awareness about the issues that you are passionate about to your friends. This is easy to do through the website as well and also earns you points.

We at Tostan are incredibly excited about the opportunity to support this movement and encourage you to get involved as well. Become a Global Citizen in support of Gender Equality today!

Check out this video by partner Half the Sky!