The Power of 20 Watts

Volunteering is a time of self-discovery for many, and it wasn’t very long into my time with Tostan in Guinea-Bissau before I realized that throughout most of my life I have had what should be considered a superpower: freedom from the limitations of night and day. When I walk into a dark room, rather than stumble around, I simply flick a switch, thus turning darkness into light at my command. If I need to study, finish some household chores, or just hang out after dark I can instantly provide visibility for myself and those around me without much effort. As with many people who have grown accustomed to having this incredible power, I wasn’t able to fully appreciate the impact of having light regularly at my disposal. It wasn’t until recently, during a visit to communities in Guinea-Bissau that had recently installed solar panels for the first time as part of Tostan’s Solar Power! Project, that I realized what a huge difference a little bit of electricity can make. 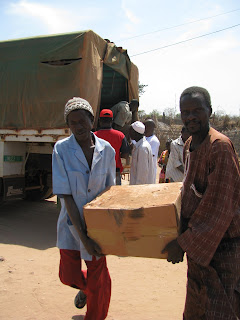 My first visit to the village of Cambajú took place in February to report on the delivery of the solar panels. Being my first trip to the interior of the country, I was fascinated by the new scenery around me: villages with enormous mud-brick granaries, swamps filled with wild birds, and herds of cattle. As we approached, I began to hear singing and drums above the din of diesel engines. Upon entering the village, we were received by a parade of women, children, and elders who welcomed us. Everyone was so excited that the village would soon have access to electricity, which awakened my curiosity. I wondered how electricity would change village life and how people would use it. I resolved to return to Cambajú following the installation of the panels to witness the impact of electricity myself.

A couple of weeks ago, I finally got this chance. Once I returned to Cambajú, the first person I talked to was one of the Solar Power! Project engineers, Assanatu Baldé. The central mission of the Solar Power! Project is to train women—specifically mothers and grandmothers—to become solar electrical engineers. Often illiterate and with little or no technical knowledge, the women go to Barefoot College in India for a thorough six month training course where they learn how to assemble, install, and maintain solar panels. After the engineers complete their training, they then return to their communities to install and maintain the panels that bring electricity to their communities for the first time. 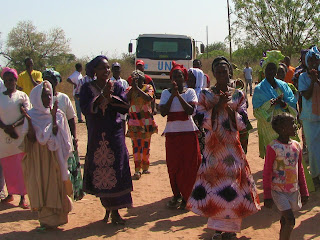 Assanatu’s and the other solar engineers’ knowledge of solar electronics was incredible; a large pile of assembled circuits attested to their abilities. Their mastery of their task was proving to be a huge asset to their village, ensuring that all the panels ran smoothly for the beneficiaries. I left the engineers to their work and headed back into the village.

I later ran into Idrissa Baldé, better known in the village as “Jorge da Mata,” and his wife Cadijatu. Idrissa was very enthusiastic to talk about the solar panel that Assanatu recently installed on his home. Following introductions, I asked Idrissa how the panel had improved his life. “Now,” he said, “my kids can stay up later and play safely instead of having to go to sleep right after sunset. From now until they grow up this will be great for them.” The family’s children are just starting school so they don’t have much homework yet, but, looking to the future, Cadijatu explained that, “at night if they have work, they can just sit down and do it.” Before having solar electricity in their home such a simple thing as being able to do homework at night was impossible. 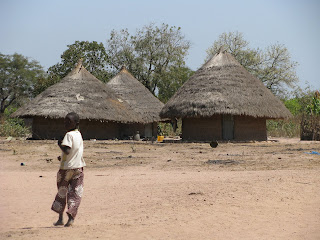 I then met with a representative of the village Imam, Sadu Baldé, to get a feel for the community-wide impact that the panels were having. Sadu himself had a panel running at his home and appeared very satisfied. “It’s great!” he said. “During the day I can focus more on my work, and at night I can study the Koran at home with my family. Before it got so dark at night, but now each house with a solar panel is illuminated as if it were daytime. We don’t live in darkness anymore.”

Seeing the way solar panels could change life in a community has been one of many perspective shifting experiences I´ve been through since arriving in Guinea-Bissau. I was amazed by the impact of the panels – so many simple things I’ve always taken for granted, like being able to read at night, were not possible before the panels arrived. I left Cambajú more appreciative and proud to be helping with such a meaningful project!

Story by Matthew Boslego, Assistant to the National Coordinator in Guinea Bissau