The Inter-parliamentary Conference on Female Genital Cutting (FGC): An Opportunity for Collective Action

The Inter-Parliamentary Conference on Female Genital Cutting (FGC), to be held at the Conseil Economique et Social in Dakar, Senegal May 3-4, presents an opportunity for African leaders and government officials to find a common approach for the continued efforts to encourage the total abandonment of female genital cutting (FGC). A resolution to be drafted and presented to the United Nations (UN) will call for a continent-wide ban on the harmful traditional practice. Delegates from Dakar plan to travel to New York in an effort to bring international awareness to the event and the cause.

The conference, organized by No Peace Without Justice and the Senegalese organization La Palabre, in partnership with Senegal’s “Ministère de la Famille, de la Sécurité Alimentaire, de l’Entreprenariat Féminin, de la Micro Finance et de la Petite Enfance” aims to provide a forum for reflection on past laws and gains in the abandonment movement in order to establish criteria for a UN resolution effectively prohibiting FGC across the African continent. 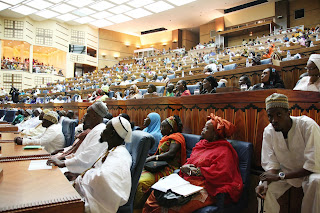 In 2003, the UN adopted an international convention with the aim of eliminating discrimination against women in Africa: the Protocol to the African Charter on Human and Peoples’ Rights on the Rights of Women in Africa. Nineteen African countries have adopted laws banning the practice of FGC. In Senegal, a law outlawing the practice was established in 1999 and has since been included in the penal code. Many strides protecting human rights in Africa have already been made. Besides providing a chance to reflect on these past achievements, the Inter-Parliamentary Conference will provide the opportunity for legislators at the center of national institutions – including national parliaments, the Parliament Assembly of the Economic Community of West African States (CEDEAO), the Pan African Assembly, the African Union, and the UN – to come together to agree on a common approach as they move toward the abandonment of FGC.