Changing My Mind About Change

Welcome to Soudiane Balla. This village is a seven kilometer ride by horse cart to the nearest paved road. If you’re approaching Soudiane at night, the first thing you’ll see are the lights; tiny stars shining from windowsills and doors, families gathered around them as they listen to the radio or finish up schoolwork. The amazing thing is, you wouldn’t have seen this three years ago, these electrical lamps, because until 2009 Soudiane had no electricity. 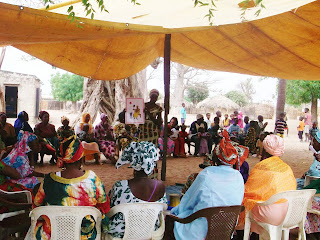 Let’s compare for a moment. In the year 1998 I was five years old, just starting kindergarten. Thousands of miles away, at the same time, the women of Soudiane Balla were part of a declaration to end the practice of female genital cutting (FGC) on their daughters. When I was learning how to read, so were the women of Soudiane. In 2001, pit latrines were installed, toilets in the home instead of choosing a tree in the forest. In 2005, water faucets; in 2007, a small local clinic that sells birth control pills and condoms, bandages wounds, and delivers babies, saving the women a seven kilometer horse cart ride if they want to have the birth of their child attended by a trained medical professional. What brought these changes about? The non-profit Tostan was invited by the community to bring its Community Empowerment Program (CEP) to the village, a 30-month course focusing on human rights, health, hygiene, literacy, and project management.

The stories I heard from the women about how they were treated before the program were astonishing. One woman told me a story of when she had needed to go into the next town for a checkup. She was six months pregnant, but her husband told her he wouldn’t take her, as it would be bad for the horse. So the woman walked seven kilometers to her doctor, and then seven back, endangering the life of herself and the baby. Now her son is the same age as me, and she tells me that now something like that would never happen.

“The men respect us more,” she told me. “They understand now that a wife is more valuable than a horse.” 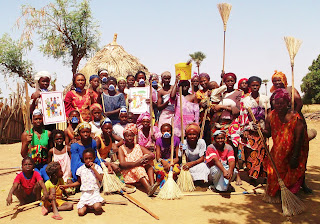 I was lucky enough to both observe and participate in a few of the programs that Tostan helped to start in the village, including a village clean-up day, a community awareness ceremony, and various income-generation projects. Many are introduced as activities by Tostan, but all are run by the villagers themselves. The village clean-up I participated in, for instance, consisted of every woman in the village, including the ones not yet part of the class, taking their household brooms and sweeping all rubbish into piles for other women to pick up and move to a larger garbage area outside the village proper. The women joked and chatted the whole time, laughing at the way they looked in the protective face masks worn to guard them from the dust. Before long the children arrived, wanting to help beautify the village, too. This turned the whole thing into a very festive affair, made even more jovial by the treat of mint candies handed out by the organizing committee once every inch of the village was swept clean. This is just one of the ways I saw the women stepping up and taking charge of their own village and their own wellbeing.

Sitting in a comfortable American living room it’s easy to talk about one-step solutions, like installing water pumps or building schools, and yes, those are very important steps towards development. But sustainable, lasting change comes from education. Education of women, of men, of the whole community is needed to ensure that the village moves forward together, serving as an example for surrounding villages, for a region, and eventually a whole country. My three weeks in Soudiane taught me that when you put the tools in the hands of smart, committed, local individuals, they do so much more for the people on the ground than a government official ever could. It’s true what they say: ‘Give a man a fish, feed him for a day; teach him to fish and feed him for life.’ Fortunately for Soudiane, and thanks to Tostan, every man, woman, and child gets to learn how to fish. 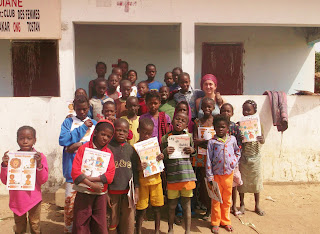 Note: The opinions expressed in this guest post are those of the individual author.

Lucy is an incoming college freshman from San Francisco, CA, who lived in Senegal for eight months as part of a bridge year between high school and college. She came to Senegal to learn about rural community health and Senegalese culture and worked at a community health clinic before joining the Tostan team. After being introduced to Molly Melching by the Global Citizen Year Director of Senegal, Lucy traveled to the village of Soudiane Balla where she witnessed Tostan classes for both women and adolescents, participated in a village clean-up day, and helped set up a children’s play corner.