From Bamako to Kolda: 54 Malian Representatives Take Part in the Public Declaration in Kolda, Senegal 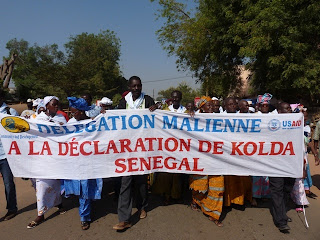 On the 28th of November, a very special event happened in Kolda, Senegal. Representatives from over 700 villages of this southern region of the country gathered to publicly declare their commitment to abandon harmful practices such as female genital cutting (FGC) and child/forced marriage.

As a volunteer in Tostan’s Bamako office, I accompanied representatives from the Malian government and from Tostan partner NGOs, as well as religious leaders, Community Management Committee (CMC) coordinators, and community members on the long journey to Kolda.

Tostan’s National Coordinator in Mali, Abou Amel Camara, his Assistant, Dieynaba Diallo Diop, and I traveled to villages in Mali where Tostan implements the Community Empowerment Program (CEP) to inform participants that they had been invited by their Senegalese neighbors to attend the declaration. The communities democratically chose representatives for the trip to Senegal. 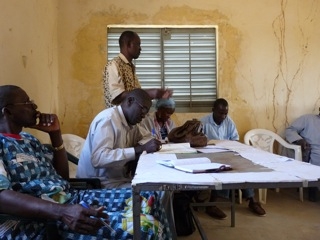 At the declaration, seeing new dances and hearing different rhythms and songs was a highlight for the Malian participants. Oumou Coulibaly, one of Tostan’s facilitators in the Koulikoro area who had never visited the southern region of Senegal, was particularly happy to discover a different culture and be able to see such lively and joyful performances. “We were all very happy to meet with new people, to discover traditional dances that we had never seen before. Overall, being able to talk to people from different cultures, and to march with them here in Kolda as a family, made us all very happy,” she said.

The public reading of the declaration in three languages─French, Pulaar and Mandika—was a moving moment. “I was particularly impressed by the content of the declaration itself,” said Dieynaba Traoré, a participant from Sendo, Mali, a village in the Koulikoro area where Tostan works. “It was probably the most remarkable moment for me, and I will remember it for a long time.” 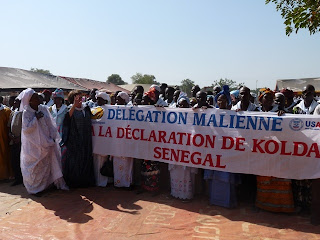 On the way back to Mali, despite fatigue, everyone reflected on the busy weekend. As their communities’ chosen representatives, the members of the Malian delegation now have the important responsibility to share their experience with their friends and families. This is a task that they take seriously. “Now that I have attended this declaration, I believe that one day, Malian communities will do the same,” stated Minata Diarra from the village of Fégoun. “It is so very important that I share what I saw with people from my community,” she said.